The Faroese salmon farm HiddenFjord extends its smolt production capacity with a new recycling plant for larger smolt. Stable power supply is a critical factor for the many fish that the recirculation plant must accommodate, so Coromatic has delivered a new emergency power plant and complemented the existing one. 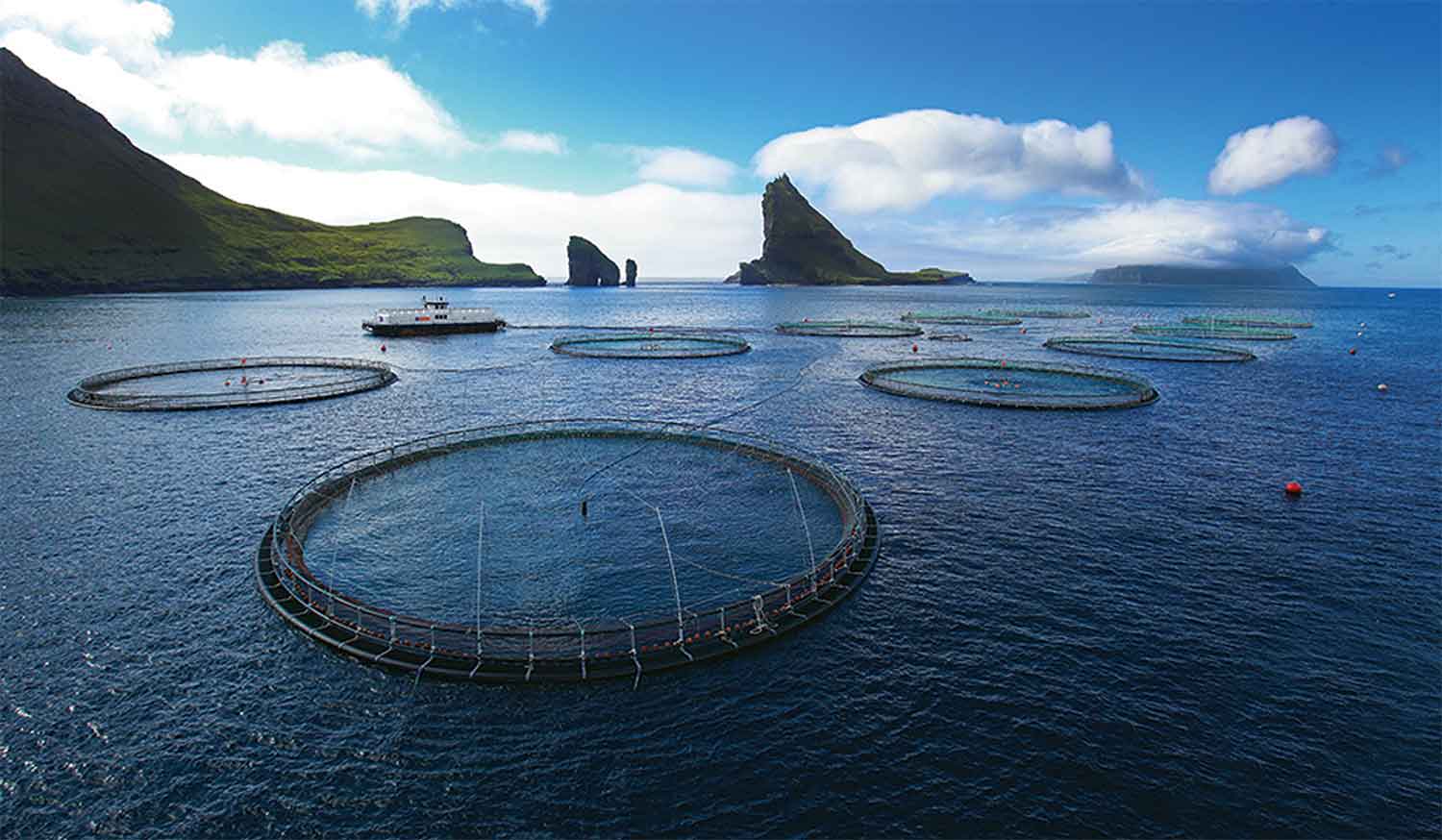 Until the salmon goblet (smolt) reaches a certain size, it’s raised and lives in indoor fishing tanks and associated recirculation plants. Here, the small fish are well protected from salmon lice and diseases and develop robustness to survive in sea water. However, the fish are extremely sensitive to the fact that the machinery is running and that there is light and no power shortage.

With a relatively unstable electricity network in the Faroe Islands, backup is a necessity: ”We experience power failure, for example in bad weather – so we also need to have our own back-up supply. With the new emergency power plant, approximately 17 seconds pass from a power failure until power is available, and things start to boot again- that’s satisfactory,” says Technical Director at HiddenFjord smolt station, Jóannes Olsen.

Coromatic has delivered and commissioned 5 pc. 1000 kVA prime power rated generators with MTU engines for the new plant plus additional 4pc. 630 kVA generators for the expansion of an existing plant.

”We already had some emergency power generators and a control systems which we wanted to keep – so we can carry on with a user interface like the existing one we have. In collaboration with the control system manufacturer DEIF, Coromatic has implemented the control systems of the new plant, and have the same concept as previously, just much more capacity,” says Jóannes. 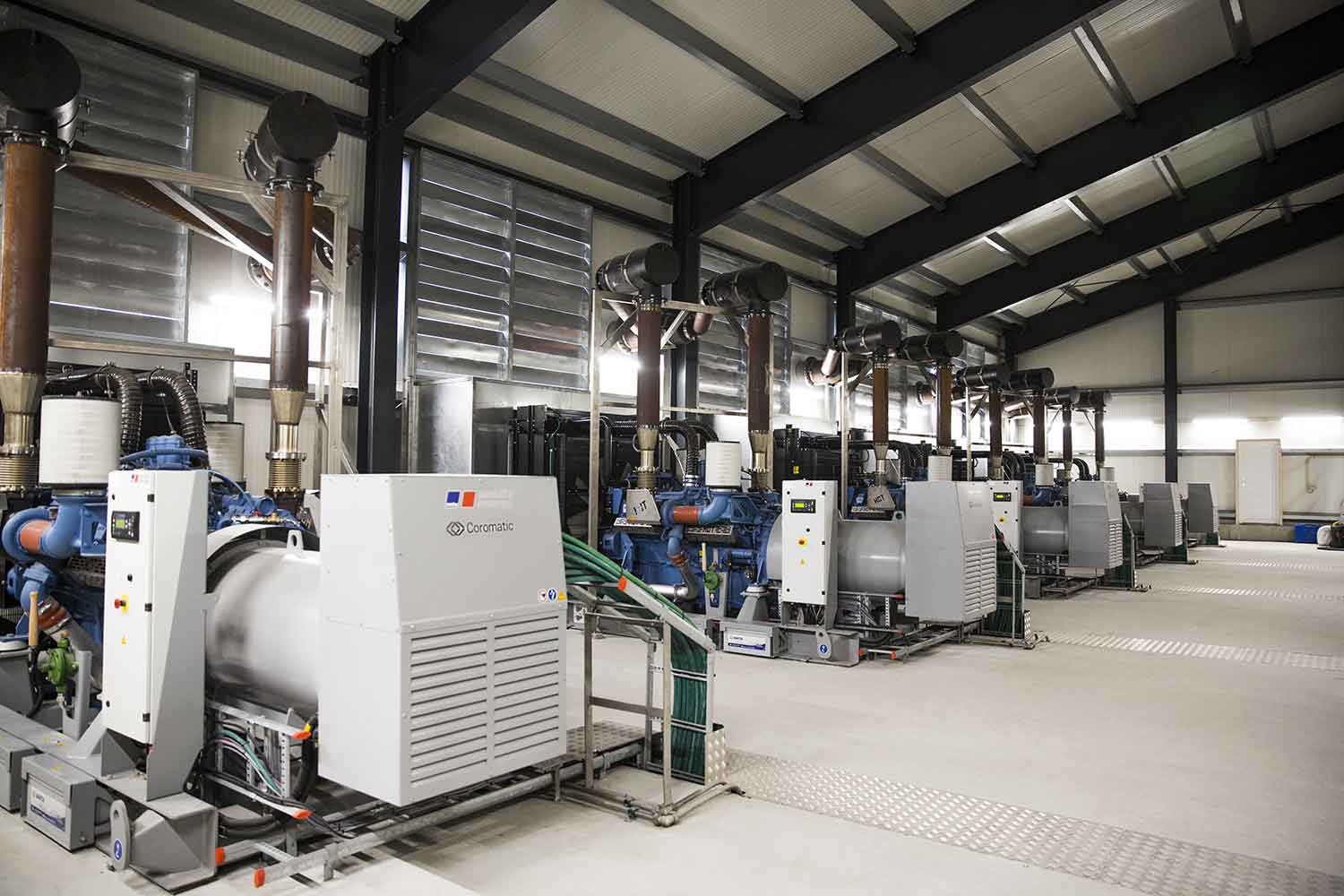 The emergency power plant has been delivered and commissioned in cooperation with the local electrical installer Thorfinn Nielsen.

”Our local electrical installer has good experience with Coromatic from previous projects and recommended a good, overall solution. We had our own idea of what the plant should look like and how it should be connected – and left it to Coromatic to find out how to create the solution. Being as busy as we are, we prefer an overall solution tailored to our needs,” says Jóannes.

So far, HiddenFjord has been able to lead 3 million fish a year from the land-based plant into the sea. With the new pool, capacity increases to 4 million fish a year, and the station can now accommodate 8 or 10 million fish. At the same time, the total power supply to the smolt station’s main boards has gone from 2,800 to 10,000 Amps.

”The emergency power plant holds in-built overcapacity, so there is space for something to go wrong. At the same time, there is room for new ideas in a company like ours, which is under constant development,” Jóannes points out.

The construction of the emergency power plant enables us to couple the generators and thereby utilize overcapacity by allowing the generators to take over each other’s tasks – and also the ability to prioritize vital functions in a critical situation.

”The collaboration has worked well, and Coromatic has taken well care of the minor issues we have experienced,” Jóannes summarizes.